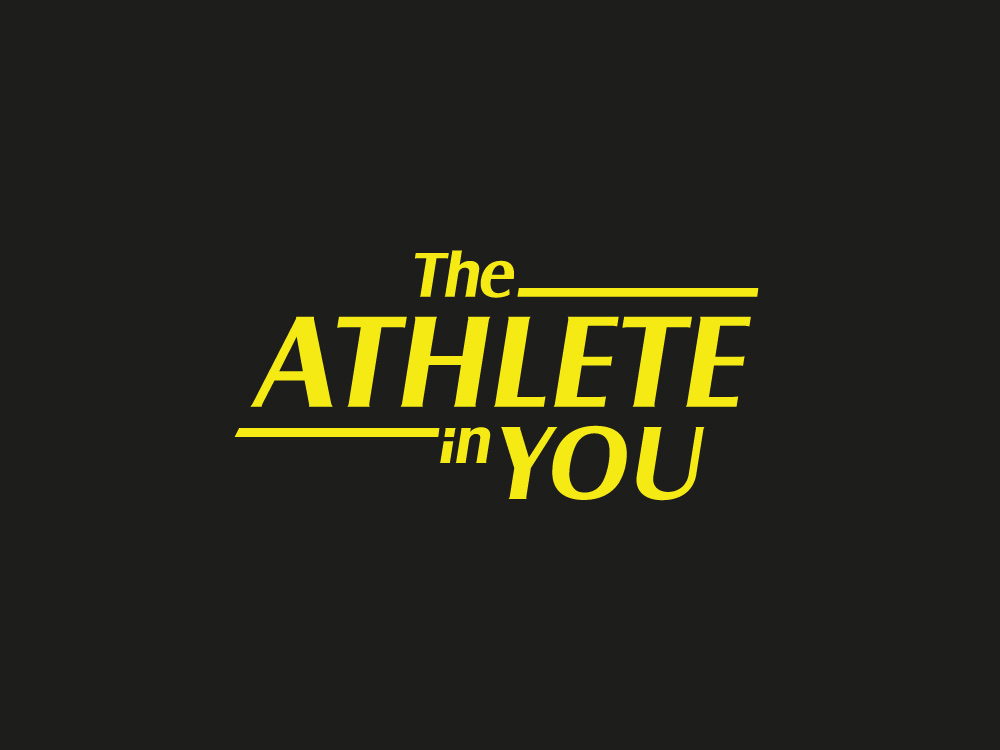 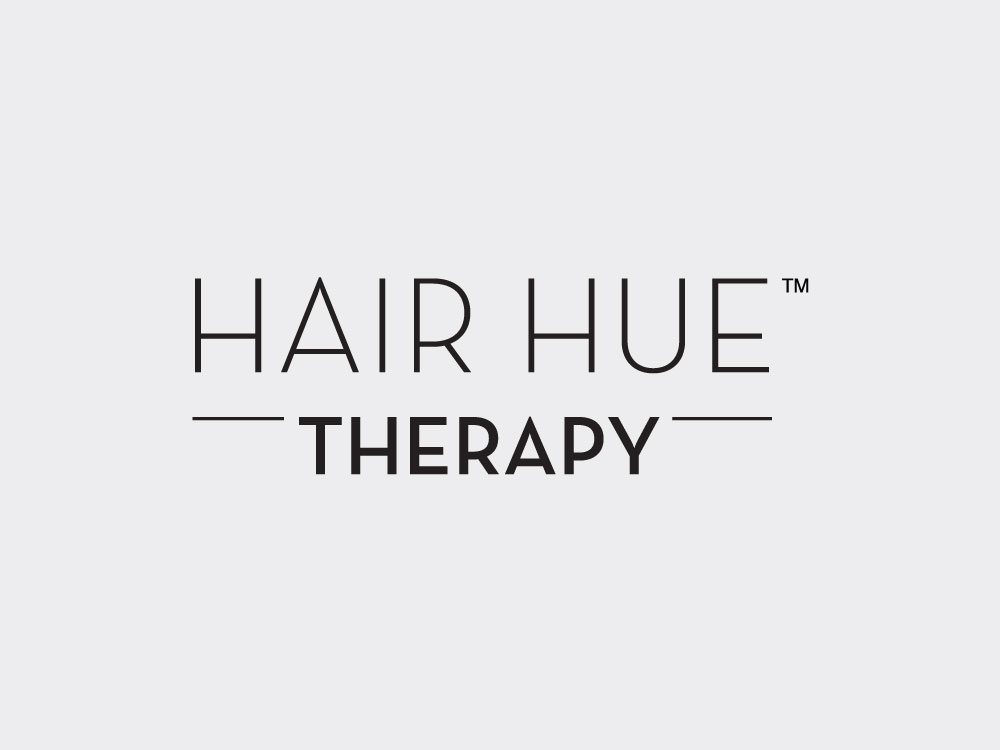 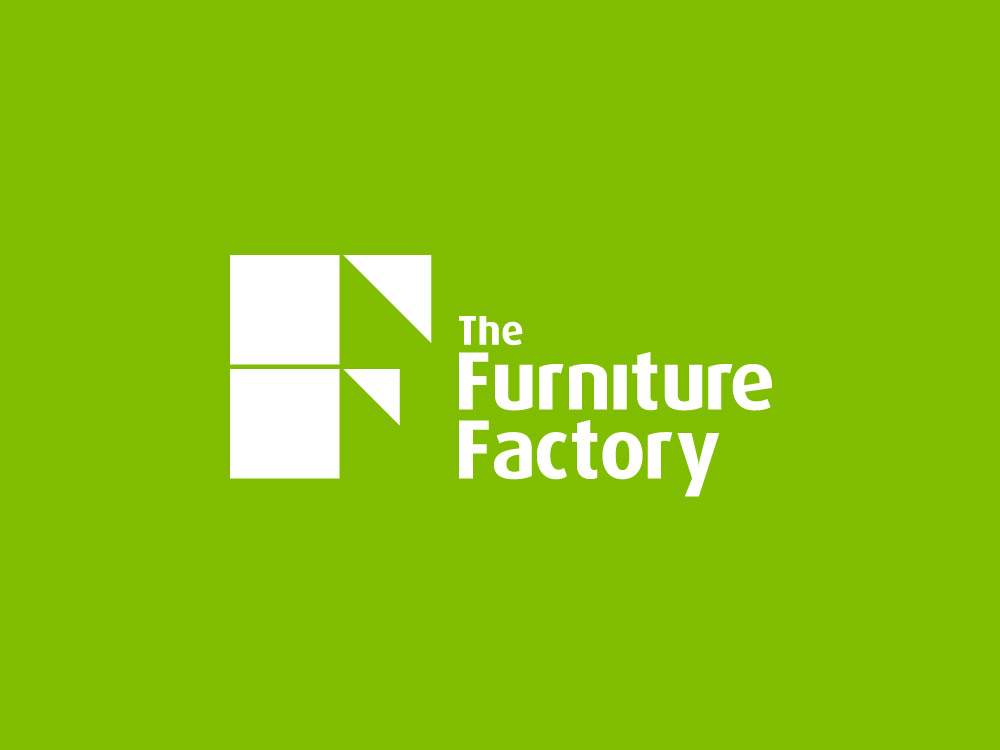 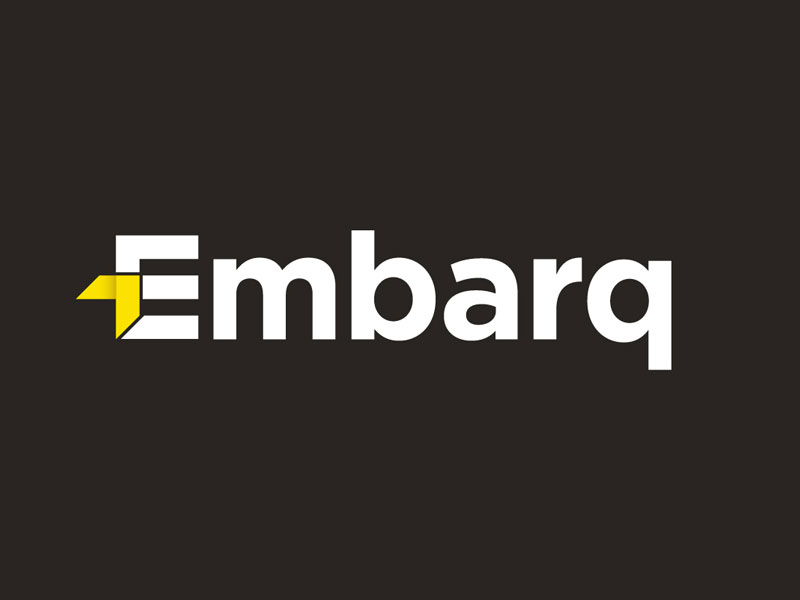 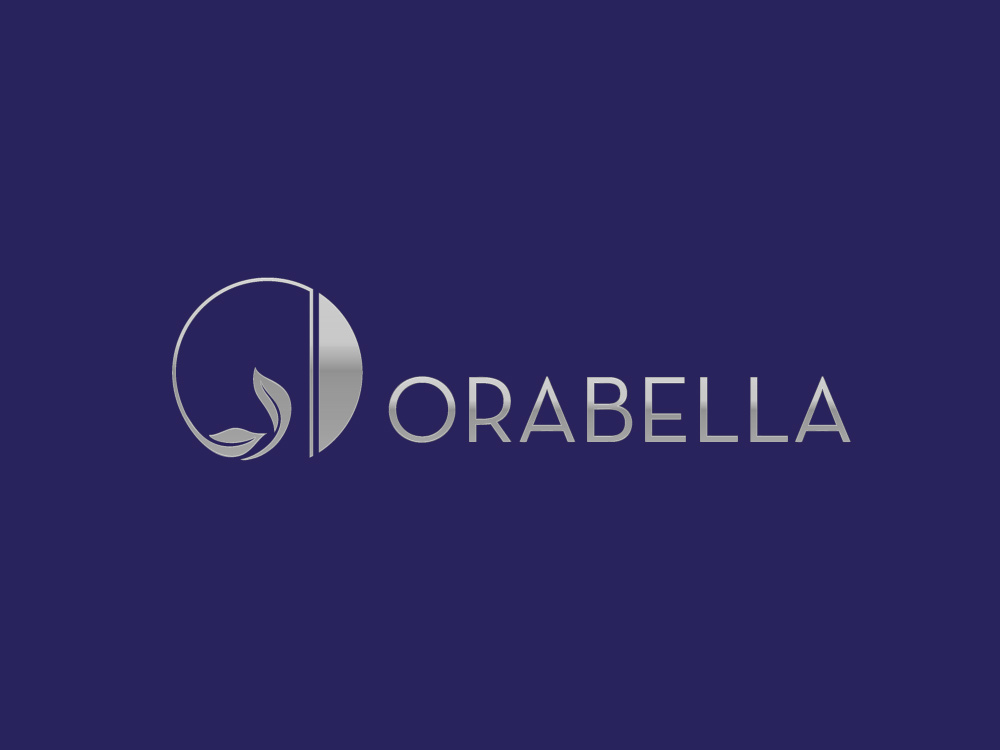 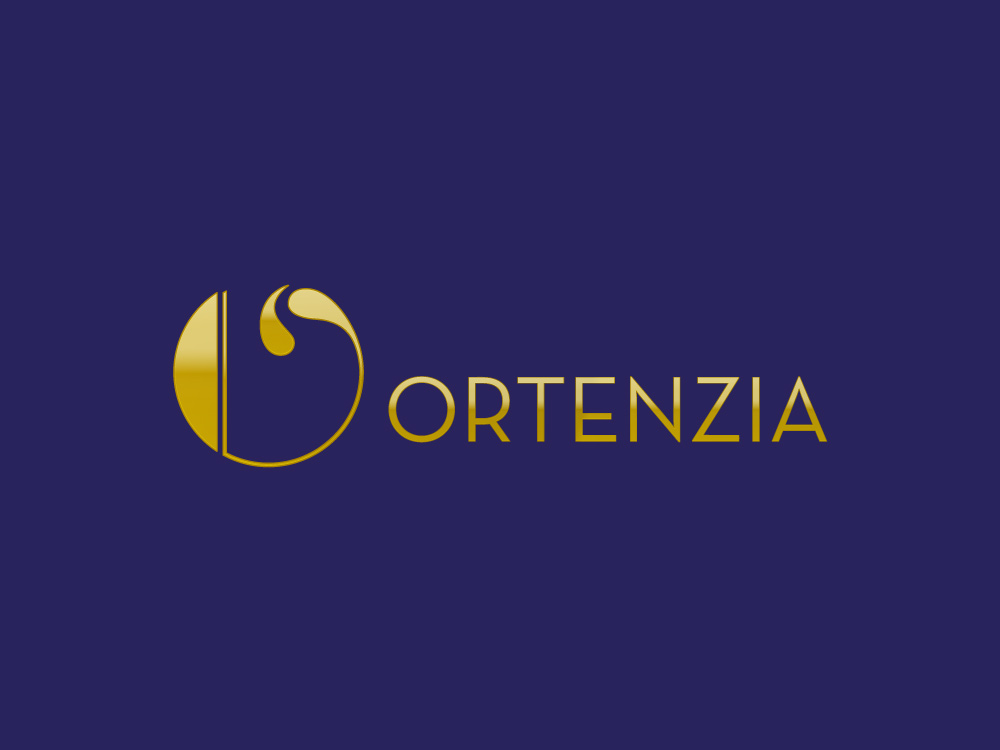 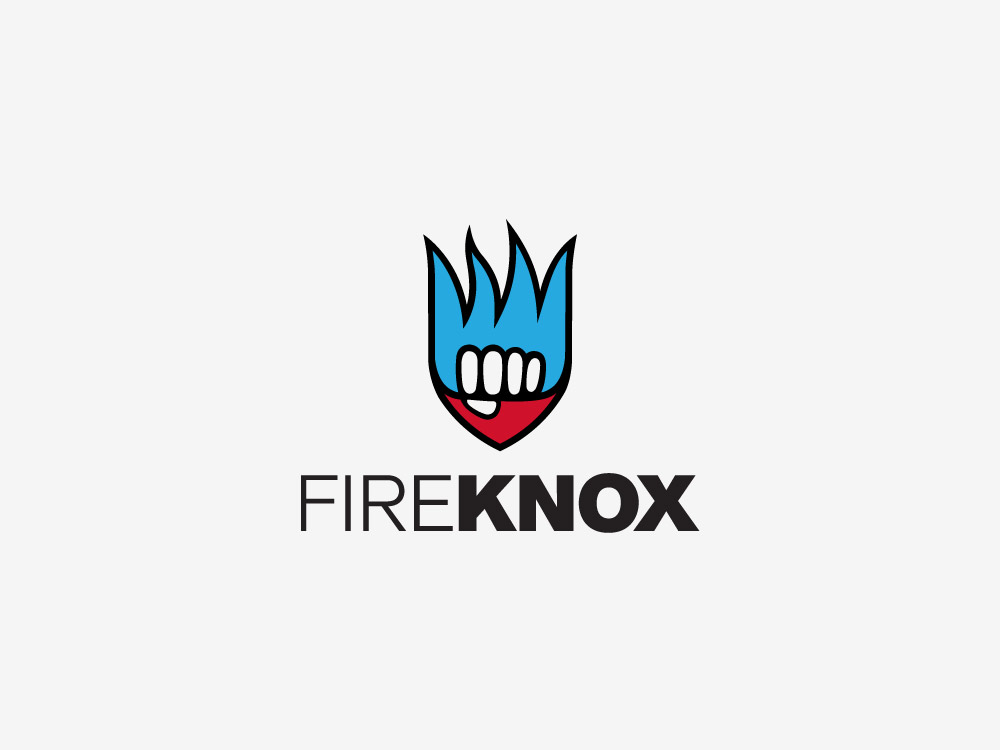 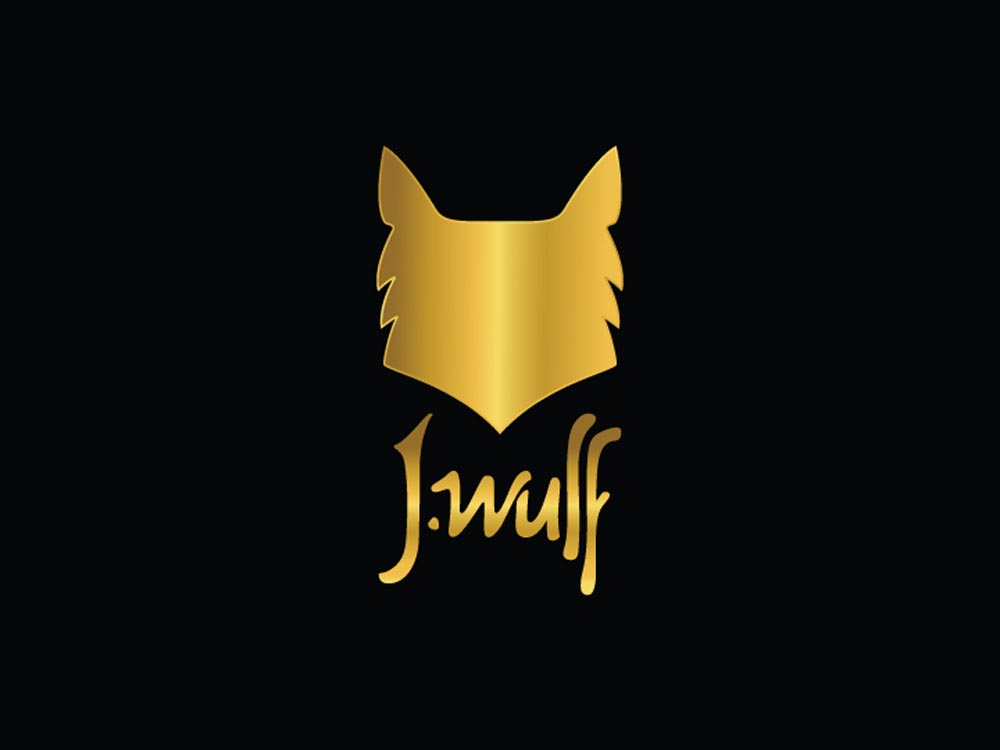 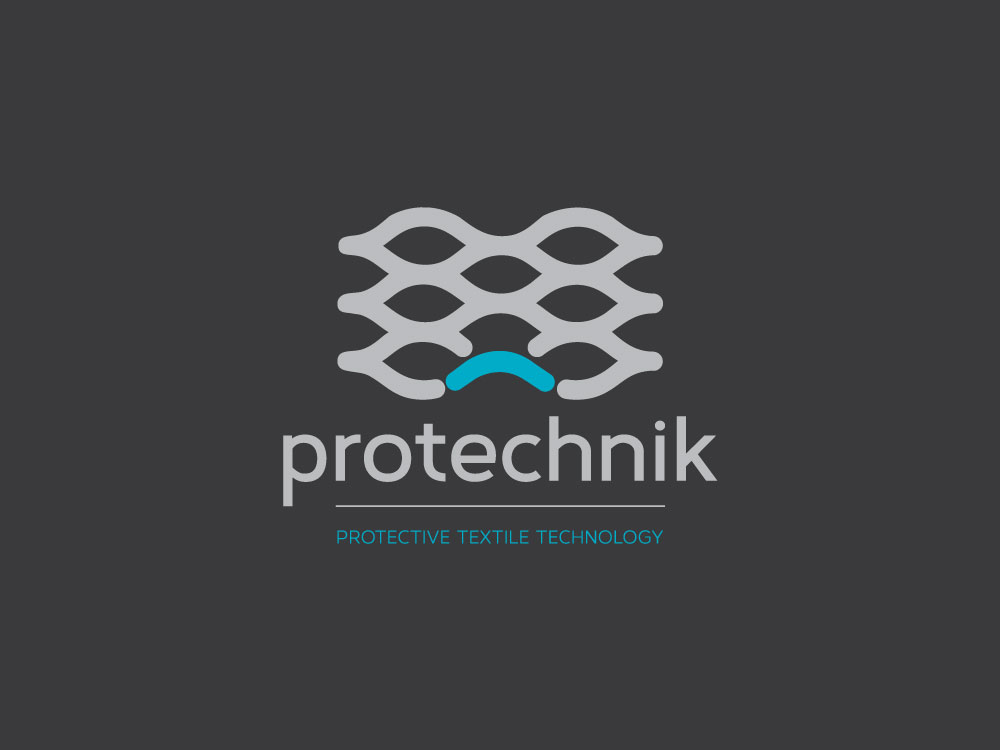 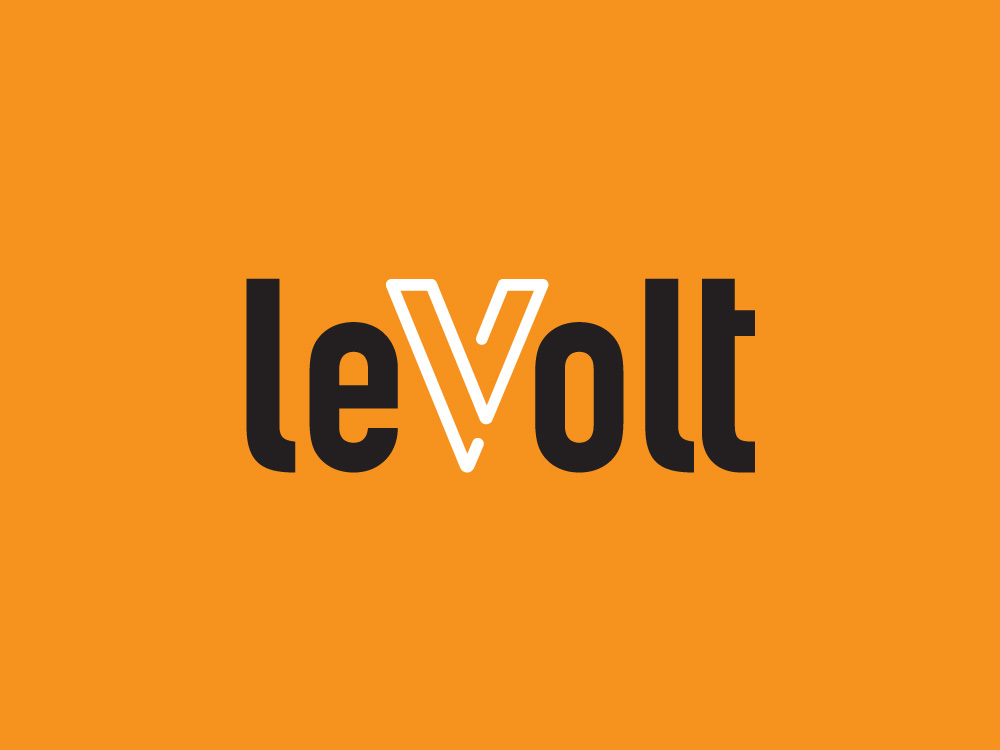 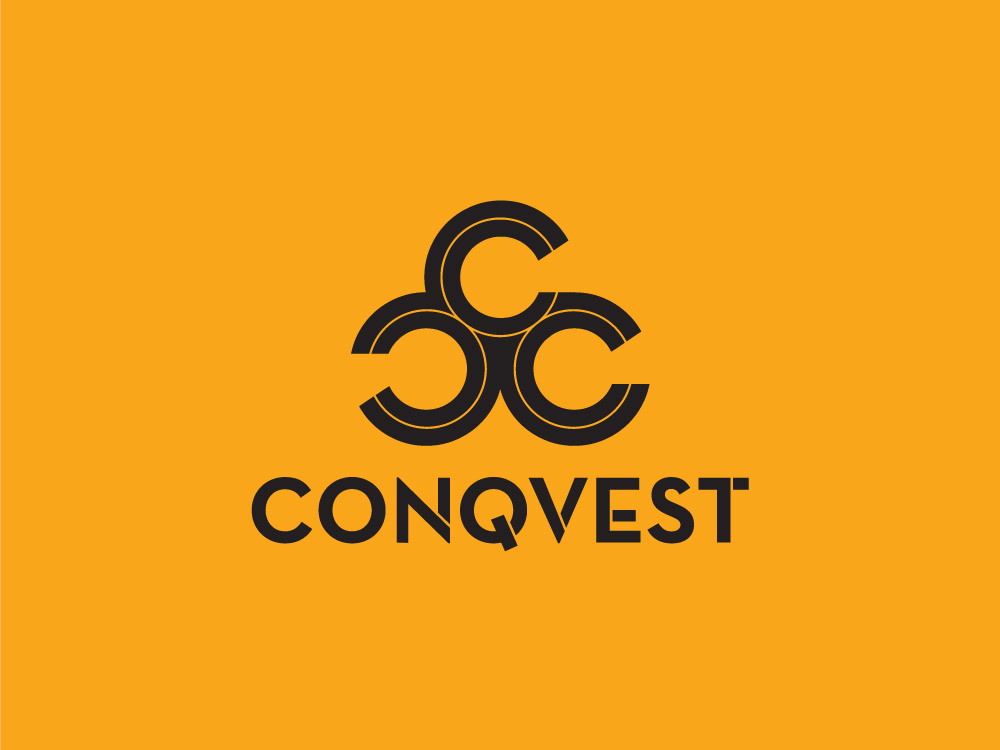 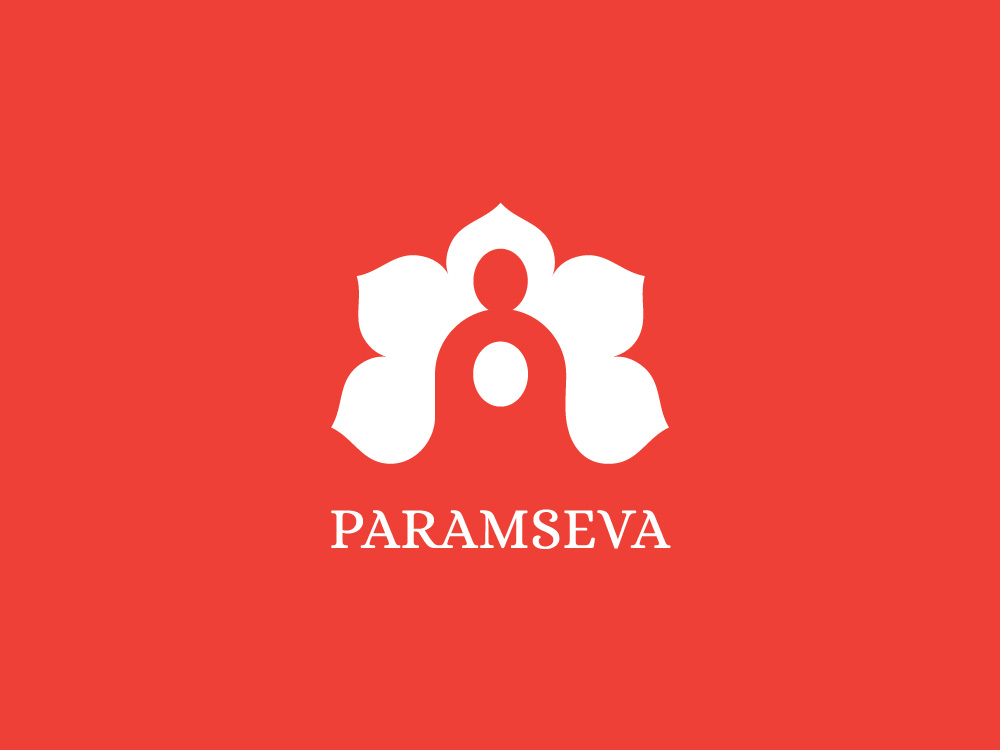 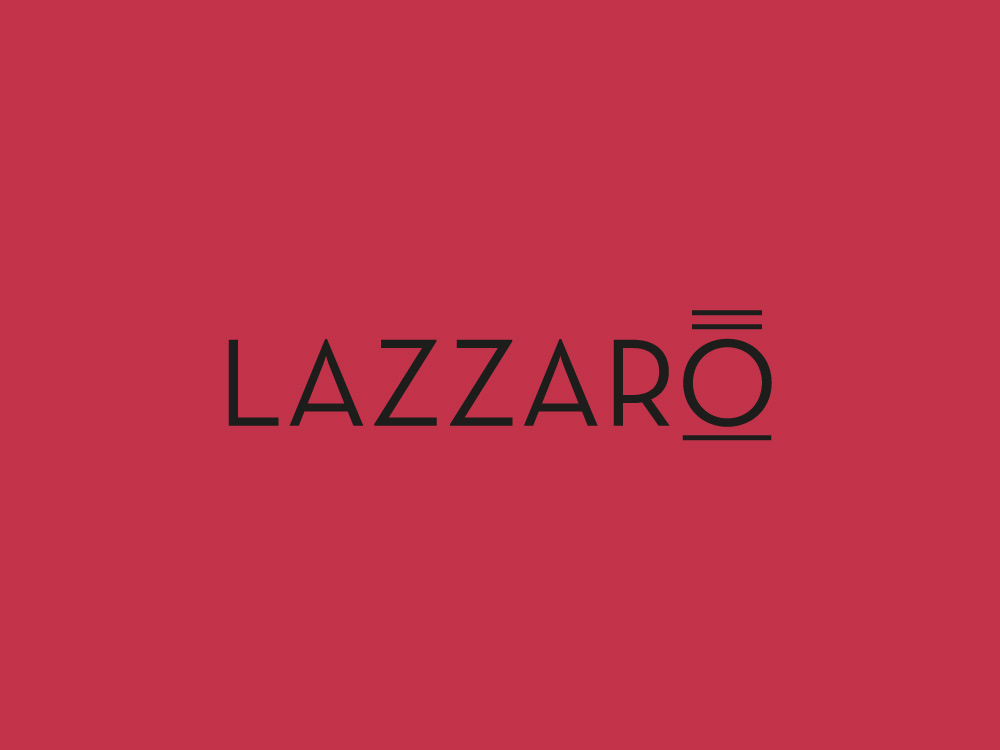 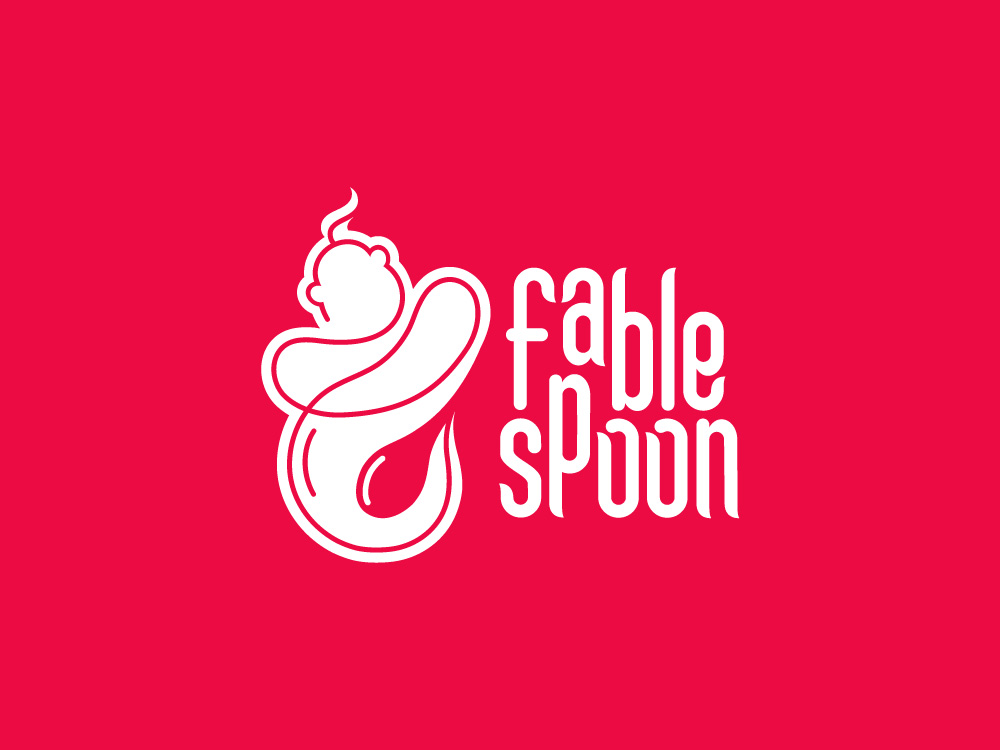 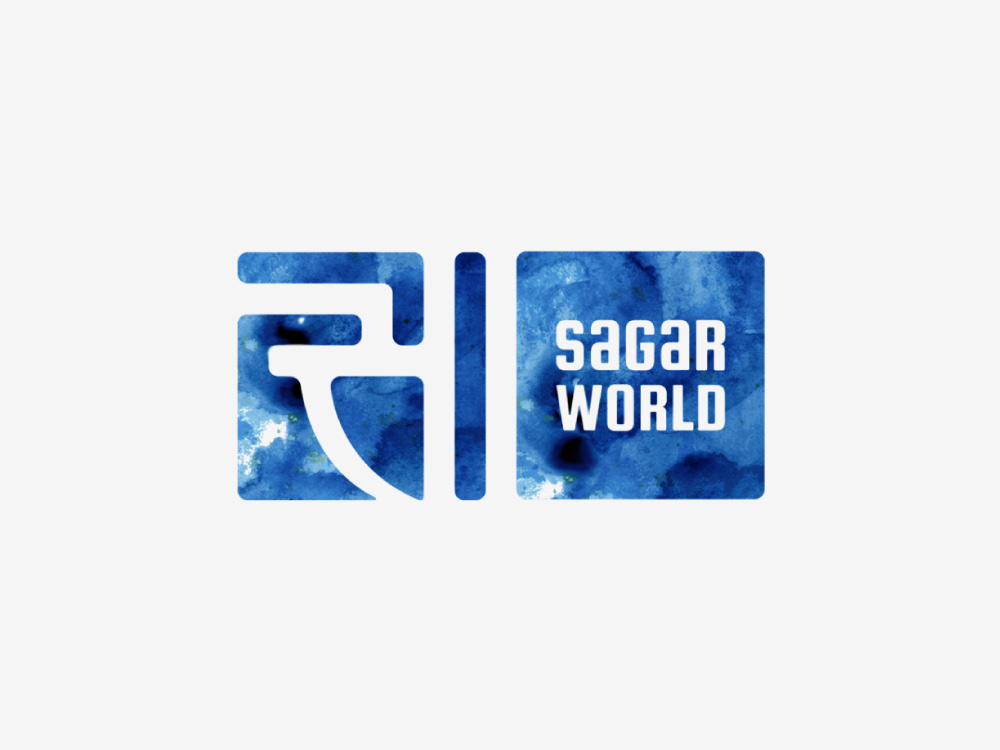 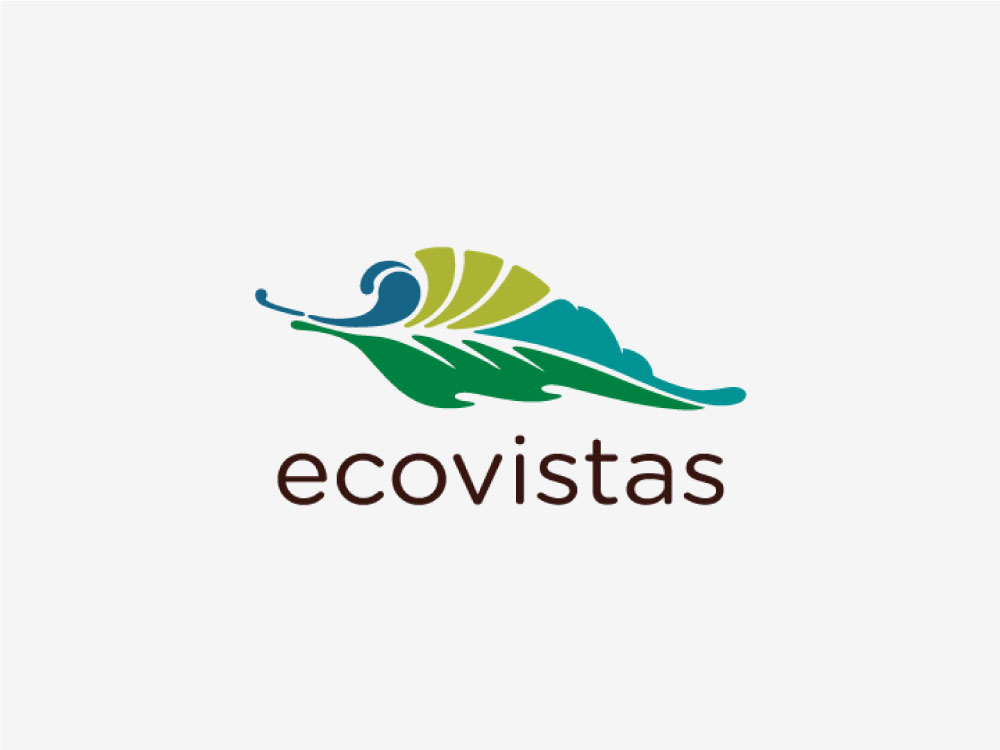 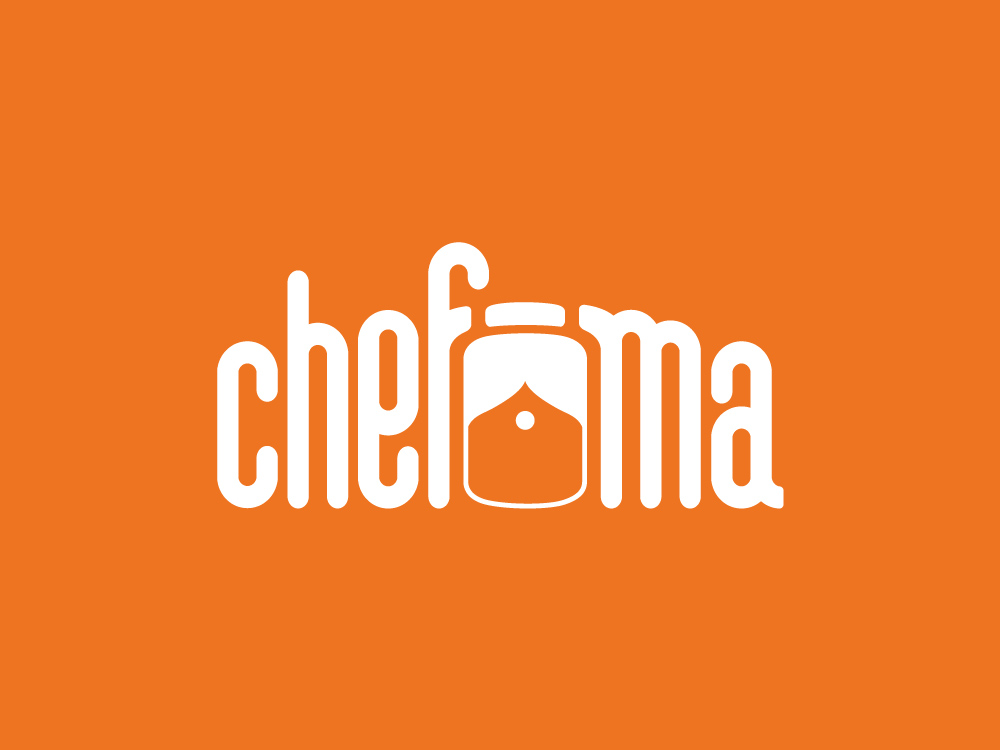 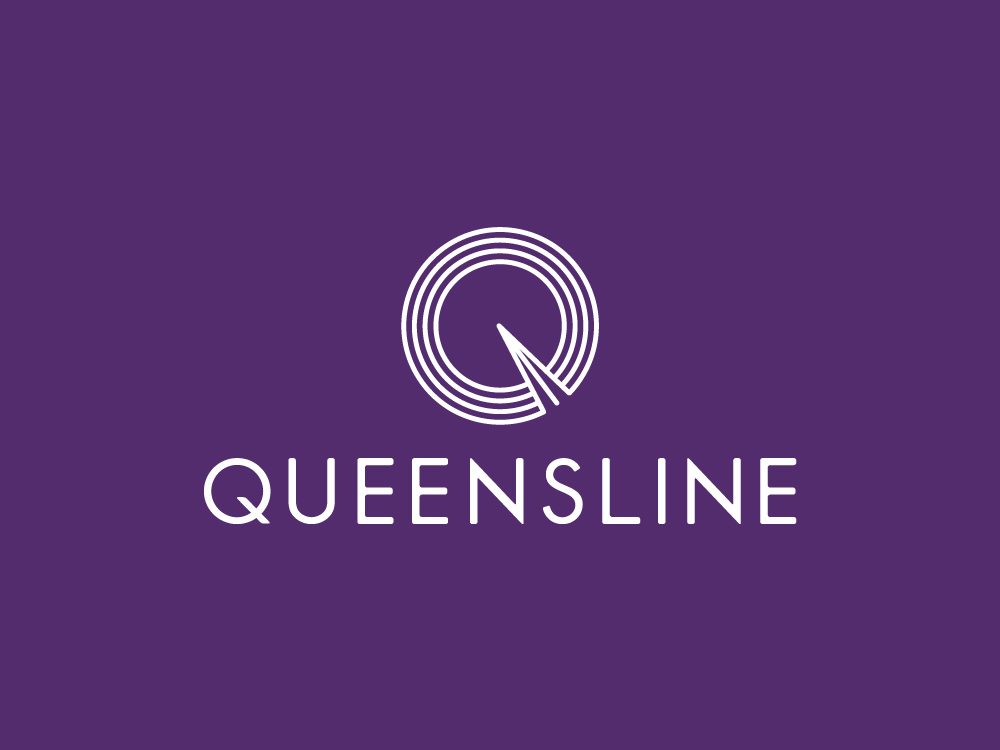 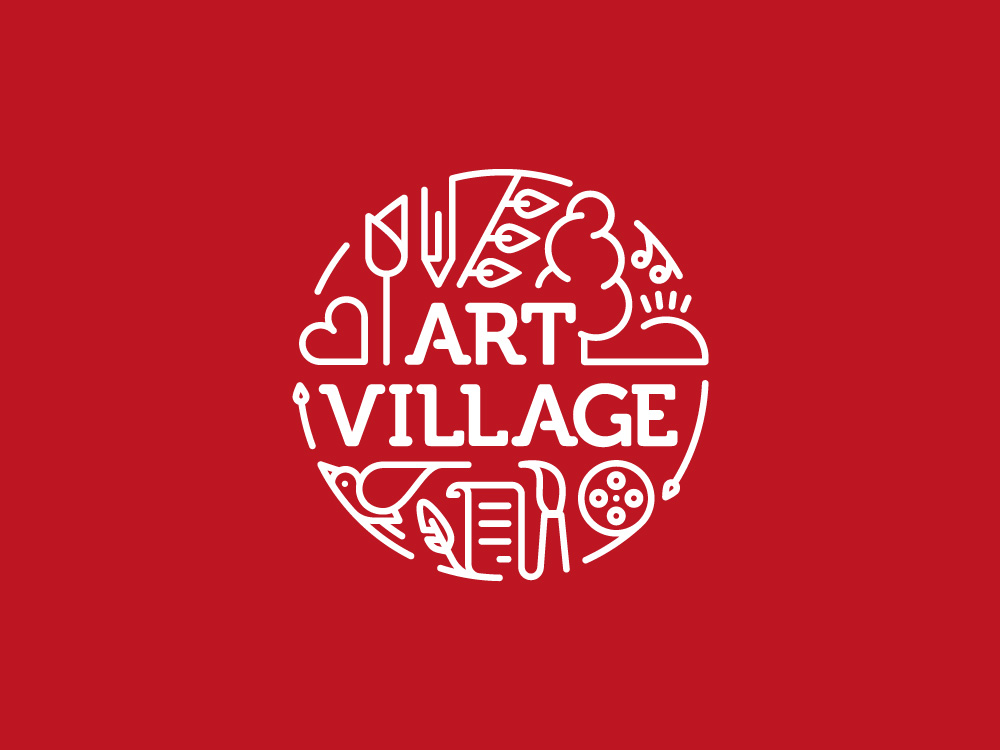 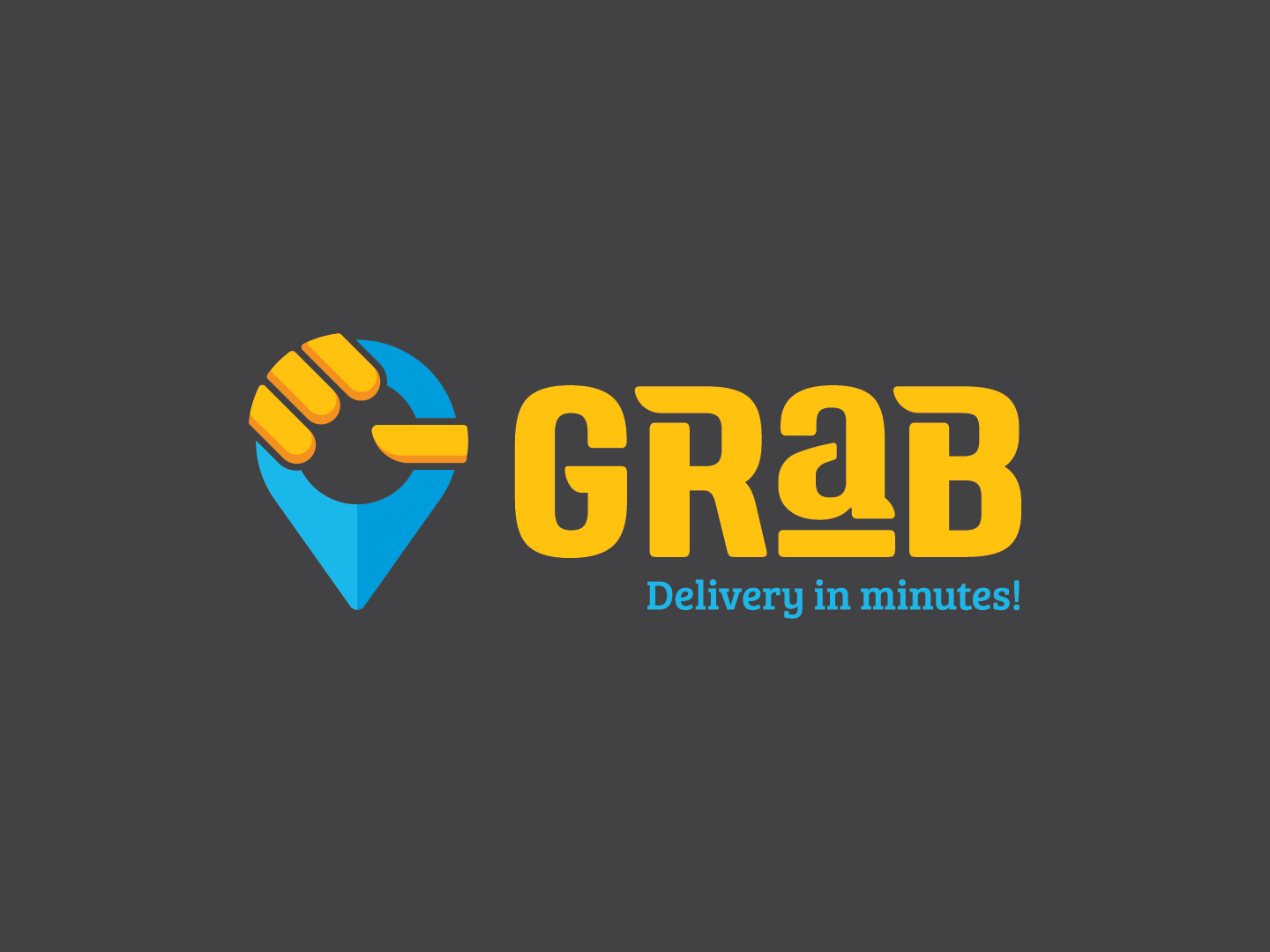 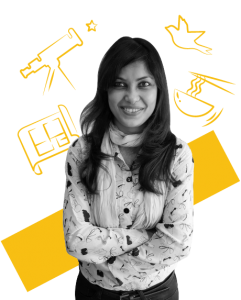 The Visualizer of Spaces

With 15+ years of spatial design experience, Sveta leads the team that helps extend brands to three-dimensional spaces. She has the ability to visualise intangible attributes such as brand positioning and translate them to materials, finishes and furniture in every space. Her belief is simple – ‘every detail in retail design has to reflect the brand.’ Over the years she has worked with some of the biggest brands in the hospitality and retail industry. At ABND, she is pivotal in projects that require branded interior design, retail design, way-finding and signage systems. Sveta is as defined and disciplined in dance as she is in her work!

Branding is an experience that works on all senses.

FLAME University is the flag bearer of interdisciplinary education in India

The pioneer of liberal education in India, Pune based FLAME University is creating waves in liberating young minds. Over the years, the institution has built a reputation for itself that is significant enough to reckon with. Built on the methodology of psychologist Howard Gardner’s ‘multiple intelligence,’ there is a renewed focus on interdisciplinary learning. A vast array of options lies for students as there are over 250 unique major-minor combinations to choose from here. While you can major in subjects like Economics, Psychology, International Studies, Environmental Studies and Journalism, you can also graduate in Dance, Music, Theatre and Design. At FLAME, you could also do a BSc in Applied Mathematics and BBA degrees in Finance, Marketing, Communications Management, HRM, Operations and Entrepreneurship.

At a time when private players are still not trusted in the field of higher education, FLAME University is still a clear preference for young minds, owing to its unique approach. The string of collaborations it has made makes it an institution of excellence which stands out. Renowned foreign universities including Nuffield College, York University of Canada, and Wellesley College, Babson Collaborative and other institutes of repute have tied up with FLAME University.

At ABND, FLAME University was given a rejuvenated identity. Several competing institutions offered Liberal Education as part of the curriculum as well. In an attempt to set themselves apart from the clutter, FLAME University needed to rebrand themselves by giving Liberal Education a new way of expression we proposed for them – ‘Diversity of the Mind.’ To know more on how this reputed institute was envisioned anew and given a dynamic visual identity. To know more Click Here 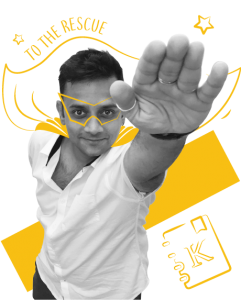 Our Superhero in White

Kunal says, “I’ve no specific talent, I’m merely inquisitive.” While his past experiences include product design, retail branding, packaging and design for manufacturing his true passion lies in branding and strategy. He’s the go-to person whenever the crafting needs finesse or the creation needs a fresh perspective. A certain sixth sense guides him in business and branding, honing the skill through experience. Kunal is also a guest lecturer and visiting faculty at a college in Mumbai, teaching branding to young bright minds.

You’re either a brand or a commodity.

Coming into view, the emerging logistics company, Grab, have recently received heavy government investment backing from Small Industries Development Bank of India’s wholly owned subsidiary, SIDBI Venture Capital Limited. Pratish Sanghvi, the co-founder of Grab, said that this funding of $1.5million is detrimental to their growth as the company is currently working on a crowdsourcing distribution model. SIDBI has joined a list of their big investors including Aramex, Zomato, Sixth Sense Ventures and Oliphans Capital. In spite of the hyperlocal delivery space being overcrowded, Grab was a prominent player for SIDBI to consider because of its sector-agnostic approach and its high chances of being EBITDA positive.

Providing hyperlocal and intracity logistics services to businesses including restaurants, food tech platforms, pharmacies and banks, Grab was once only doing food deliveries, being known as Grab-A- Grub. ABND had worked on the brand’s identity when they wanted to expand from being a food delivery startup to an all-encompassing hyperlocal logistics company. Changing from Grab-A- Grub to Grab, their rebranding made for a more sharper and agile brand. To know more Click Here

Who wins the Goblet of Chocolates?

Thursdays at ABND just got chocolaty! Each of us brought our favourite chocolate to office. There was a huge goblet brimming over with chocolates of all kinds, apart from our favourite ones too. In a game of passing the parcel, the rubik’s cube filling in for the parcel in the last moment, the chocolates were exchanged amongst the chocoholics! What you got to pick in the lottery became your chocolate.The twist in the story came with the fact that the last person to pick her own chocolate in the lottery, got a chance to win the entire Goblet of Chocolates! Poornima won the Goblet. Following that we quirked it up by trading some of our chocolates with the Goblet Queen. It was a fun trade off. There were some toothaches after, but it was a happy sugar rush.

After back to back workshops and presentations through the weeks, the team felt like taking a break under the sun. Around the coffee table, there were some games and some lively chatter. While we had started the day all pumped up with a presentation for brand identity that went down well with the client, we ended the day on a light note at a coffee shop. From acting out the weirdest of movie names like ‘Matru ki Bijli ka Mandola’ and ‘Chameli ki shaadi’, we had great fun breaking down apparently simple ones too, when playing dumb charade. All of us had a crazy good time guessing interesting symbols and rhyming words when dissecting and decoding the films. We, at ABND, love our breaks as much as we enjoy the action! 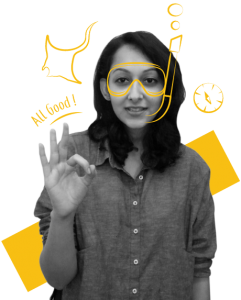 An experimenter at heart, Nikita’s experiences in interior design, sculpture design, advertising and branding has made her flexible to new ideas and new spaces. Nikita is a certified scuba diver. She has her own website, showcasing beautiful illustrations and paintings. Her art speaks of her love for animals and her admiration for the creatures of the sea. She loves to travel around the world and brainstorm on challenges.

Good branding fills the business gaps. The key lies in being true and playing smart. 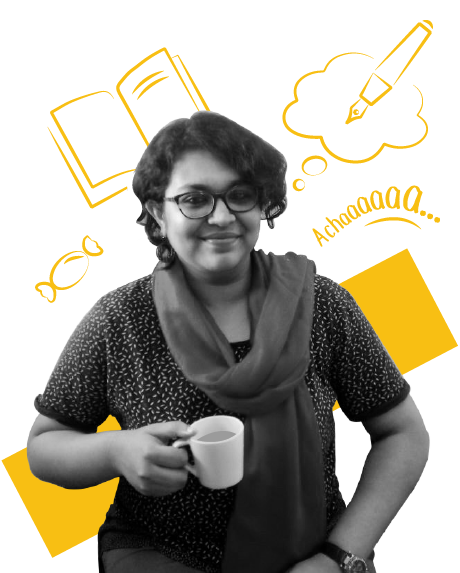 Stringing up the world with words, Sumanjari is driven by creativity, but with a purpose. Munching at her table always, she can (over)think but not on an empty stomach. She loves her coffee bittersweet and her strategies well researched. Academically inclined, she has written research papers on a wide range of topics from religion and music to branding to euthanasia. Sumanjari values spending time with her students, lecturing at a college by the weekends apart from her engagement at ABND.

Powerful content with context. That’s what makes for branding. 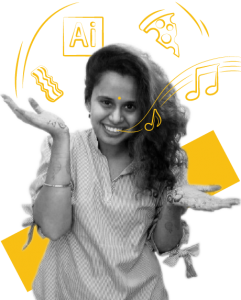 With a strong influence in the Applied Arts, our happy-go-lucky green haired creative lead has been a constant in team ABND right from its founding years. She is always humming a tune or two and livening up the pulse of the workspace. Ekta’s optimism and openness to new ideas fuels her creative best. Quirking it up in her attire, food and art, Ekta’s innovative at heart. She has a childish impulse of surprising others. Her love for bikes and nature deserves a special mention!

Live beyond the moment by planning right in the moment.That’s branding. 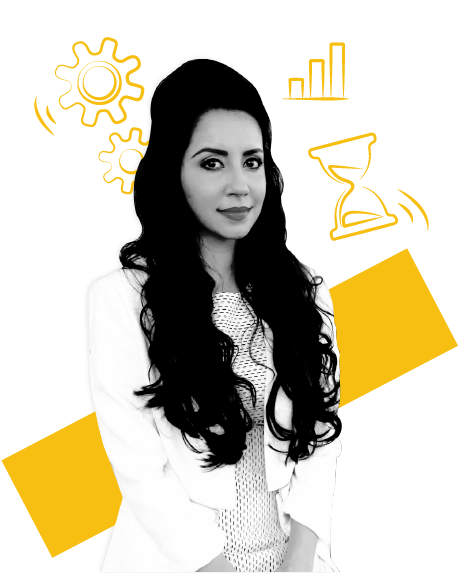 The Entrepeneur at Heart

Priyanka Sachdev Shahra is a design thinker and serial entrepreneur. Her passions lie in bringing meaningful projects to life. Priyanka’s experience with entrepreneurship begun in 2010, when she cofounded ABND with Kunal Vora. Always having strongly felt for what’s environmentally and socially sustainable, she set up One With Earth in 2014 as a vehicle to support such projects. She has also been involved in an interesting venture which is a first of its kind in Singapore, an online swapping platform called Swapaholic. Priyanka manages the Singapore office of ABND.

Taking the lead in matters that you think make a difference. That entails good branding. 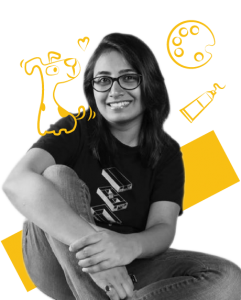 A woman of less words and more action, this designer on the dot likes to keep it short and sweet. Having mastered in design in college, Poornima is driven by discipline and style. Zumba is a favourite pastime and she is also passionate for the cause of saving stray animals. Simplicity is what defines her spirit, whether she is designing or talking.

Branding breaks things down to being simple yet significant. 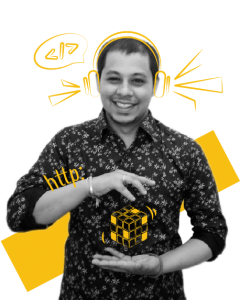 Debugging and resolving errors, Hitesh is the techie in the house responsible for digital and web strategies. A smooth operator, he is persistent in problem-solving. He is very passionate about solving the Rubik’s cube and we can see him at it often. We can tell that at school he must have been immersed in his science projects, which led him further to study information technology. In sports too it’s always the technique which fascinates him. The music in his ears is always loud enough for the entire office to hear! 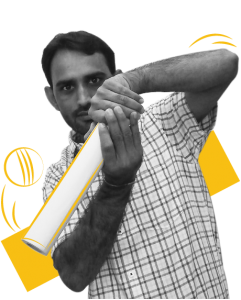 With several years of experience in Interior Design, Deepu is the go to guy for detailing each space to the T. He lives Mies Van Der Rohe’s quote “god is in the detail”. His experience helps the team visualize design concepts from a detailed point of view, mapping it on to real spaces. A quiet and simple soul, we can always see Deepu working at his desk with complete concentration. A workaholic at heart, he is also a cricket buff and a harmonium player. He likes sticking to a rule book but won’t mind swinging to a catchy rhythm when he’s off work.

Branding requires one to be detailed and to the T. 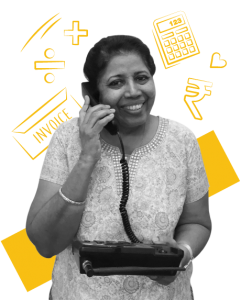 The Mistress of Methods

Organized and to the point, our administrator likes keeping the house in order. Florie also has varied talents in cooking, sewing and embroidering. Diligence drives us as a team and so does it drive the person who holds the pack together. Florie is fond of country music and likes reading murder mysteries.